50th Anniversary of the Neocatechumenal Way Rome May 5th, 2018 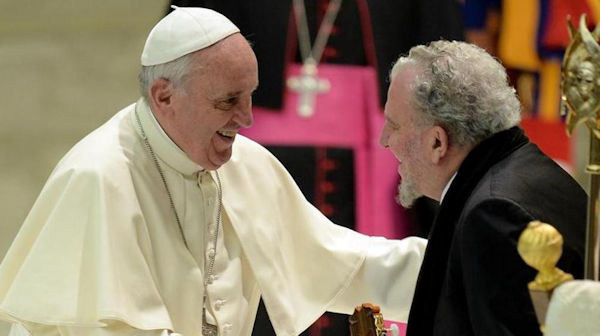 The fiftieth anniversary of the Neocatechumenal Way will be celebrated in Rome on Saturday May 5th, 2018 in a great international meeting in Tor Vergata, a place of the Roman suburbs that can be easily reached by private coaches from both the hotel and the airports.

Also in Tor Vergata, Saint John Paul II, at the time Pope, met young people from all over the world on the occasion of the World Youth Day during the Jubilee of year 2000.


How to reach the meeting place by coach

During this period there will be many groups of faithful and neocatechumens who will come to Rome from all over the world to take part in the event, so they will need one or more coaches since their arrival at Fiumicino or Ciampino airport for transfer to the hotel until their departure.

Coaches will be available on May 5th to accompany the groups in the morning to Tor Vergata, the meeting place, and then be brought back in the evening.

During the rest of the stay in the capital will be possible to make guided tours of the city and Vatican area, always accompanied by our luxury coaches that will remain at disposal of the group as needed, depending by the length of stay in the capital and agreements.

For groups arriving or departing from other airports and wishing to take part in the event in Rome Tor Vergata, we can recommend personalized itineraries during their stay in Italy, to visit major cities such as Naples, Assisi, Florence, Loreto, Milan and other locations always with our coach at disposal from arrival to departure.


Program of the religious day

Pope Francis has received the invitation from Kiko Arguello, Spanish catechist and the Way's founder, to participate in the event for the 50th anniversary of the Neocatechumenal Way which will be celebrated in Rome Tor Vergata on May 5th, 2018.

We remember the 40th anniversary of the beginning of the Neocatechumenal Way when Pope Benedict XVI met with the three founders Kiko, Carmen and Father Mario at the Vatican in St. Peter's Basilica.

During the 50th anniversary, the pope will meet the neocatechumenal communities of the whole world who, after completing the path of education to the faith, have carried out and continue to carry out the mission of evangelization in parishes all over the world, especially in the most degraded suburbs of the cities.

For customers who have reserved the coach service with our company, we indicate some useful information.

The departure from your hotel in Rome or train station or airport is scheduled for the morning between 5.00AM and 7.00AM, as agreed with our staff.

The bus will take you to the Tor Vergata where there are special parking areas numbered from 1 to 8, where parking no. 8 is reserved for coaches in transit that will not support during the day.

If you have previously confirmed with us the transfer by bus for the return at the end of the event or additional services as a city tour, you can meet the coach in the same parking lot where you were left in the morning, at the agreed time.

For more information you can contact us by phone or email.