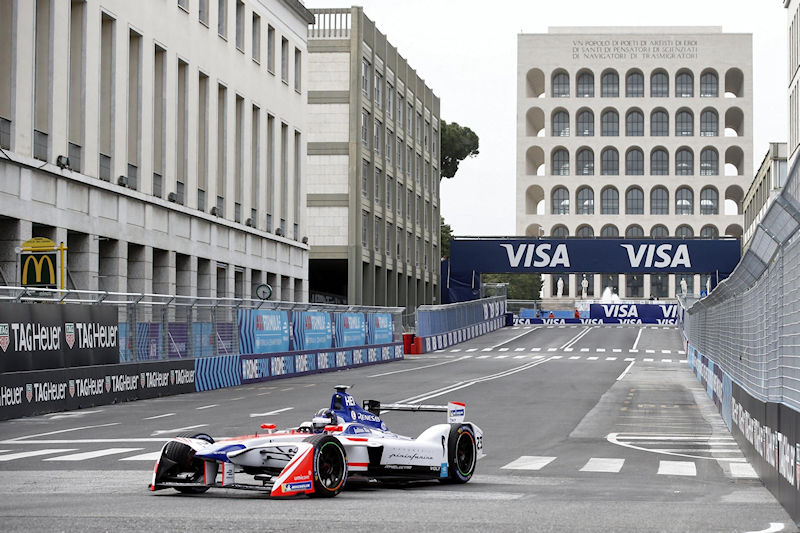 Rome will be one of the stages of the next Formula E World Championship, called E-Prix because it is a car race reserved only for electric cars, now in its 9th season.

The E-Prix debuted for the first time in 2014, but the Rome stage was only recently introduced in 2018, earning the most spectacular and most fascinating race title, thus becoming a fixed stage until 2025.

The 2023 race in Rome will take place in Summer instead of April as in previous editions, but always on two dates, Saturday 15th July and Sunday 16th July at the Eur district circuit, where cars and drivers will compete in two rounds.

Art, meetings, conferences, events, fairs and of course great sport can be prodigious instruments of regeneration and revitalization of the italian capital.

The next race will be held in two days, in the middle of summer instead of April, before the grand finale in London, decisive dates for the assignment of the podium, in the presence of the public and also visible on TV on dedicated sports channels.

Famous car manufacturers will be present on the Eur district circuit in Rome, 11 teams will compete against each other to reach the podium with third generation "Gen3" cars, more powerful and consequently also faster than in the past.

A few years ago Alejandro Agag, founder and CEO of Formula E, commented: "Formula E is synonymous with innovation and pioneering technology - that’s exactly what we’ll be seeing again next season with the step-up in performance and efficiency of the futuristic next generation car".

Last news and information about the event are available on the web site fiaformulae.com.


Tourist coach and luxury car hire for the event

As in the previous editions, also this year Noleggio Bus Roma will be present during the period involved in the event with its rental service with driver of luxury cars, minivans and coaches for the transport of journalist and press, Formula E racers and their team in tow.

Our staff will take care of monitoring all the services and drivers used in the booked journeys 24 hours a day, such as airport transfers for arrival and departure, transfers from the hotel to the race track and back, full day services and anything else agreed.

To make your reservation for a rental service with driver, you can send us an email or write us via the contact form.

In the days preceding and following those of the race, the Eur district will be affected by a program of night works for the preparation and dismantling of the circuit, which will involve some changes to the circulation and parking of vehicles.

During the race days, the area will be closed to vehicular traffic, with barriers and closed roads, but the buses and limos equipped with the pass will be able to reach the authorized pick-up and drop-off places.