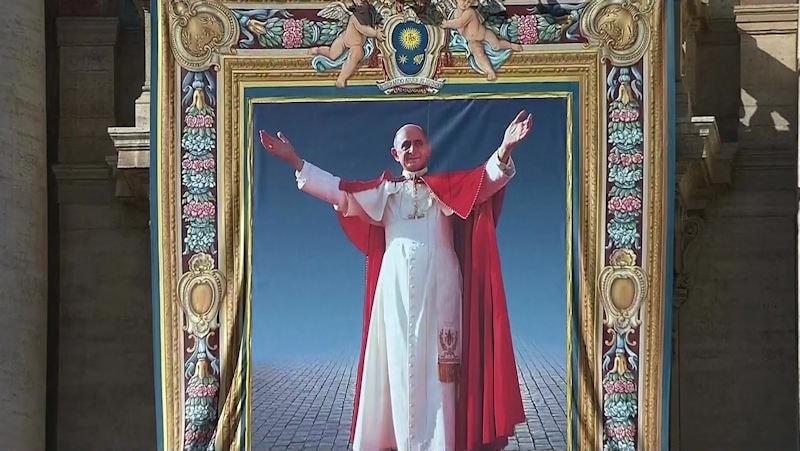 The sanctification ceremony of Pope Paul VI and monsignor Oscar Romero will take place on Sunday, October 14, 2018 at the Vatican, during the Synod of Bishops dedicated to young people.

The news of the canonization had already been announced by Pope Francis last February during the meeting held with the clergy of Rome in the Basilica of San Giovanni in Laterano.

We recall that Paul VI, Pope Giovanni Battista Montini, was beatified in Rome on October 19, 2014 at the behest of Pope Francis, while the Archbishop of San Salvador Oscar Arnolfo Romero Galdámez was beatified on May 23, 2015 after a long cause of canonization, first unlocked by Benedict XVI and then by Pope Francis.

On the same day the diocesan priests Blessed Francesco Spinelli and Blessed Vincenzo Romano will be proclaimed Saints.

The sanctification of the blessed will take place in a single ceremony in St. Peter's Square, news that has already enlivened faithful from all over the world who will come to Rome for the event.


The recognized miracle for sanctification

During the ordinary meeting of the Congregation for the Causes of Saints held in Rome on February 6, 2018, the members unanimously recognized the miracle that occurred during the intercession of Blessed Paul VI: a child healed before her birth, who is three years old now and she is healthy.

In the same way a miracle was examined regarding a pregnant woman and her child, miraculously healed by the intercession of Monsignor Romero.

The cardinals and bishops of the Congregation for the Causes of Saints have noted the two elements required for sanctification, for both the blessed: univocal invocation of the blessed and scientifically inexplicable healing.


Coach hire in Rome for sanctification

Numerous groups of Catholics will arrive in Rome for the event of October 14th, some will arrive by train from all over Italy, but many will arrive by plane coming from Europe and the rest of the world, from distant countries like Colombia, Australia, India, Lebanon , countries that the pilgrim pope had visited when he was alive, and from El Salvador, a country of Central America where Oscar Romero was born.

We will meet your group at the train station, at Fiumicino or Ciampino airport for the transfer by bus to the hotel with a meet and greet assistance service on request, in a language chosen among English, French, Spanish, German.

The bus will be available in these days to move around the city and visit the historical beauties of the capital, to go to the Vatican on Sunday mornings and take part in the celebration for sanctification, for excursions around Rome or in other cities like Assisi, Pompeii, Loreto and more.

For groups arriving at Milan Malpensa airport, we offer a coach route to Rome that includes a stop along the way in Concesio, a small village in the province of Brescia where Paul VI was born.

Ask us for more information about the program.


The day of the event

The sanctification of blessed Paul VI and Oscar Romero will take place on Sunday morning October 14, 2018 in the Vatican, during the Holy Mass celebrated by Pope Francis in St. Peter's Square.

We recommend the departure from the hotel by coach very early, so as to take place in the square after having carried out the necessary security checks.

The drop-off point of passengers in Vatican area are Piazza dei Tribunali, Viale Vaticano or the Gianicolo terminal, the same place where your group will meet the coach at the end of the celebration to return to the hotel or to continue the agreed visits.

Noleggio Bus Roma srl will take care to advise its groups on the best hotel accommodation and restaurants to spend a tourist-religious stay in the Italian capital.

If you are part of a group or a parish, or you work in tour operators and are organizing group trips to Rome for the event, contact us by the form to reserve the coach for the sanctification of Paul VI and Oscar Romero.